Skip to the content
Of late I am seeking inspirational books, lectures, Internet articles. After the Landmark Forum and Advanced Course, I have begun to feel that there is more to mind than begin a memory bank of knowledge and concepts. I am seeking books, lectures and Internet articles in an attempt to understand more about the mind. That’s when I came across this book called “A New Earth” by Eckhart Tolle. 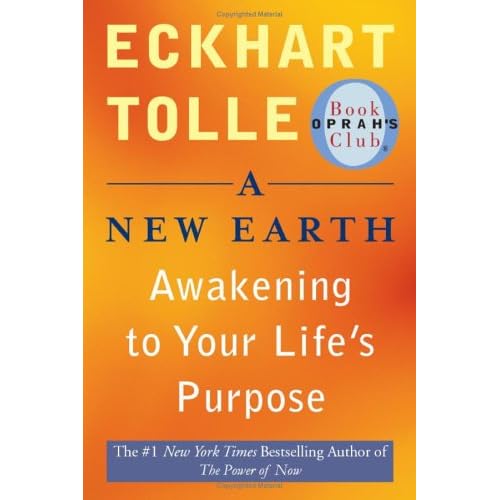 The book is very deep for readers who are looking for a way to figure out the purpose of one’s life. I had always imagined (from my rendezvous with films, TV shows, spiritual talks etc…) that any answer to the question – “what is the purpose of my life?” would either be so complicated that I woud’nt understand it or would be so ridiculously stupid that the answer was just not worth all the trouble.
I have heard quite a few “spiritual” talks and every time the “spiritual” teacher talks about life and its purpose it always seemed to point at things like – “purpose if life is seva”, “purpose of life is sacrifice”, “purpose of life is realizing one’s true nature” and so on. Such answers not only made things more unclear, but also made it appear that the quest for answer to the BIG question is not going to be worth-while. Answers that I heard from most “spiritual” talks looked like they were lifted straight from my primary school Moral Science text books.
Then came along this book. I had briefly heard about the book in the Oprah Winfrey show. I was also aware of the fact that the book was featured in her book club and had become very very popular. During a visit to the Crossword bookstore in Residency Road, I tumbled across this book and read it over the next few weeks.
This book was published much after the super-successful “The Power Of NOW” by the same author. That book talked about how life happens only in the ‘present moment’; not in the past and not in the future – but only and only in the present moment. It took a while for me to truly get this.
That brings about the core philosophy of “The Power of NOW” which is – “LIFE IS NOW”. If Life is NOW, then the purpose of life is whatever it is that I am doing RIGHT NOW. If am having lunch – purpose of life is having lunch, if I am writing software programs – purpose of life is writing software programs, if I am speaking with my wife – purpose of life is speaking with my wife, if I am leaving footwear at the door – purpose of life is to leave footwear at the door. As of now I am writing this blog so – the purpose of life is write this blog. If I dwell into the past or future, while writing this blog, then that thing becomes the purpose of life and hence messes up the only thing life has got – NOW.
“A New Earth” is about revealing the structure of the human mind that causes us to not live in the NOW.

For example, when I first came across the philosophy of NOW (outlined above), I reasoned that it is a nonsense concept. Life is just as much about past and future; as it is about now. If I don’t learn from the past then will most surely mess up my present and future. If I don’t have goals for my future, I would have no clue as to what I should be doing now. So the whole thing about “living only in the present” just isnt right. 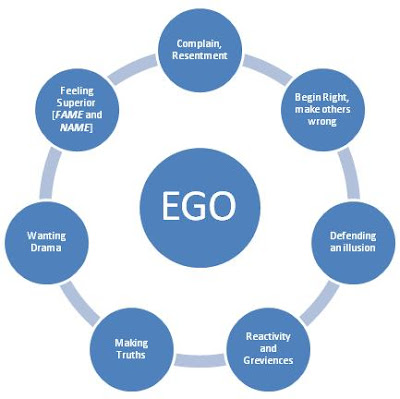 The EGO’s functionality is to feed on things to derive a sense of self and consume the host (which is the human being in which it dwells) into it – thereby  cause missing the present moment.
The EGO, as the book says, is not wrong. It has its value and place in our life. But allowing it to take over our life – thats where the problem lies.
For example the EGO loves “complain and resentment”. Its a way of escaping the present moment by putting blame on something or someone else and play the role of a victim. From then on the identity of the person becomes “being a victim”. As long as he/she cannot become present to the fact that the ego is driving this kind of “being”ness in them, they cannot separate themselves from being a victim; and hence become and continue to be the VICTIM.
The book talks about how the structure of the EGO is the same irrespective of which person we are talking about. The only thing that changes, however, is the content of the EGO. The content could be my wealth, my looks, my girlfriend/wife’s beauty, my boyfriend/husband’s good looks, my knowledge, my religious alignment, my culture, my country, my company, my friends, my cell phone, my physical fitness and so on… I have met a few people who call themselves very spiritual. After a while it becomes apparent that “spirituality” has become the ‘content’ of their EGO. They use it to define themselves right, make others wrong; to complain about the lack of well-being on the planet and so on.. So, as the book portrays – EGO doesnt care about the content as long as it gets to feed on something and pose itself as the identity of its host.
The purpose of EGO is to fake itself as the identity of the person in which it is dwelling. And this happens in each and everyone of us. So, when two people are talking to each other – its actually one persons ego talking to its percept of the other person!
Here is what I really like about the book. After describing all of this about EGO, it says “EGO is not wrong”. Running behind money is not wrong, seeking a good looking partner is not wrong, seeking to be spiritual is not wrong. The book says that as human-beings we only have to bring about a certain level of awareness within ourselves and observe that “the EGO in me is not me”. What happens after noticing such a separation – that is left for the reader to experience. And it doesn’t take long to experience brief moments of such separation. When that happens – the feeling of ‘I am’ness is awesome :-). I am right now only feeling glimpses of ‘I am’ness, because it is quite a job observing myself all the time. But even those glimpses are worth the effort. I sincerely urge you to consider undergoing that experience.

Nice blog. Food for thought. I have downloaded the book from net. will surely read it. Thanks for refering 🙂

Hi! May I invite you to watch a TED Talk of Dr. Jill Bolte Taylor, a neuro-anatomist at Harvard medical college, it is called Stroke of Insight, you get a neuro-science view of 'Nirvana', it is about 19 mins:
http://www.ted.com/talks/jill_bolte_taylor_s_powerful_stroke_of_insight.html