Advay (my 7 year old) has developed a fascination for the written form this year. It started with the need to read his favourite story books and then with the need to capture his expression in words.

He was doing a good job expressing his ideas & thoughts through drawings. For instance: after he came back from a trek that he went with his mother, he spent some time capturing what he saw on the trek by drawing it on paper. 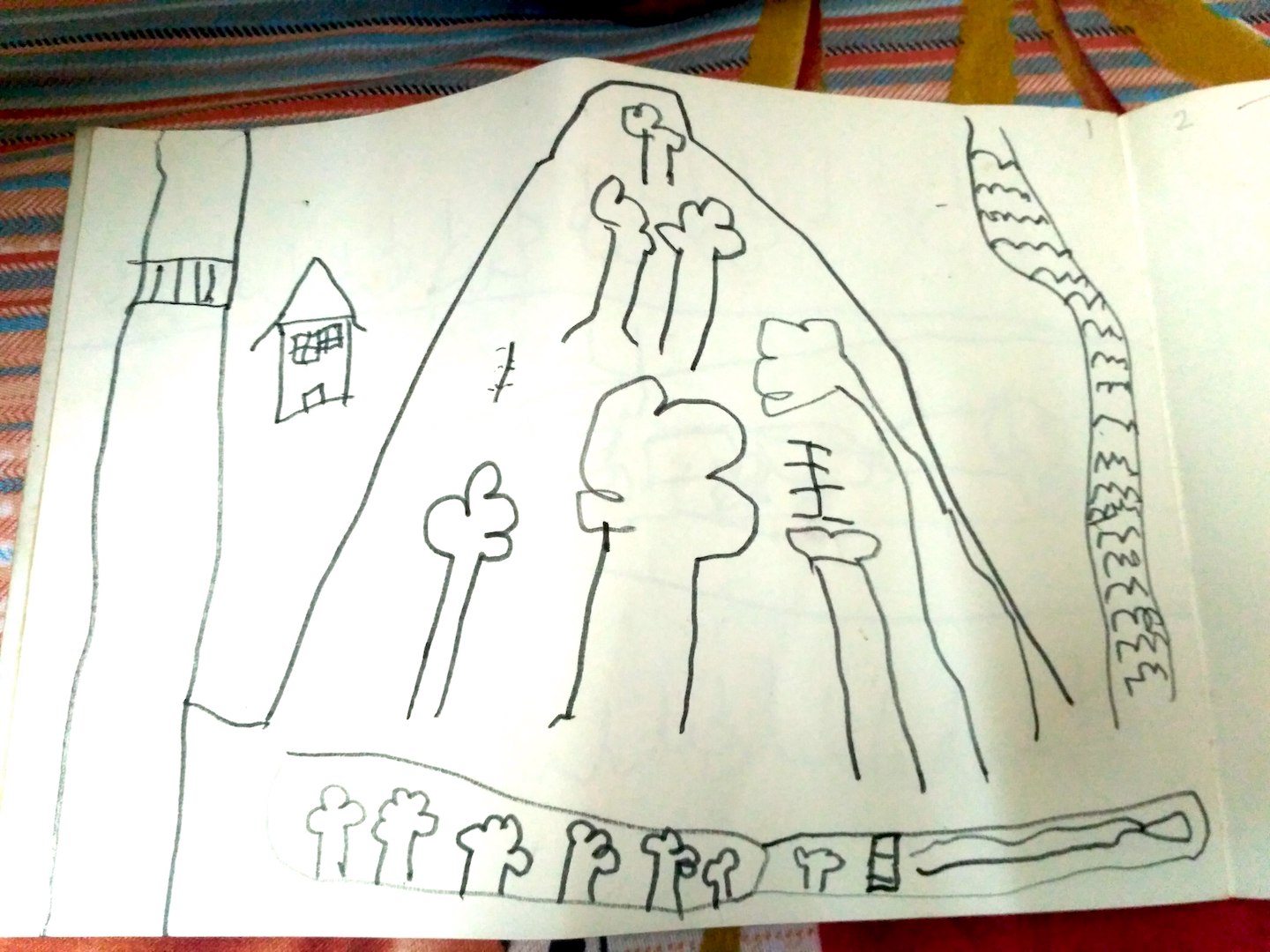 Given his affinity to draw, Nandini figured that it wouldn’t be economical to buy drawing books over and over again. So she bought a paper roll (the one that people use in weddings to cover the dining tables before serving food). These paper rolls cost very less, are usually made out of recycled paper, last really long and also offer drawing space that conventional drawing books don’t offer.

Advay started using that for his expressions. Sometimes his art work would be done in “collaboration” with our relatives or his friends in the neighbourhood. 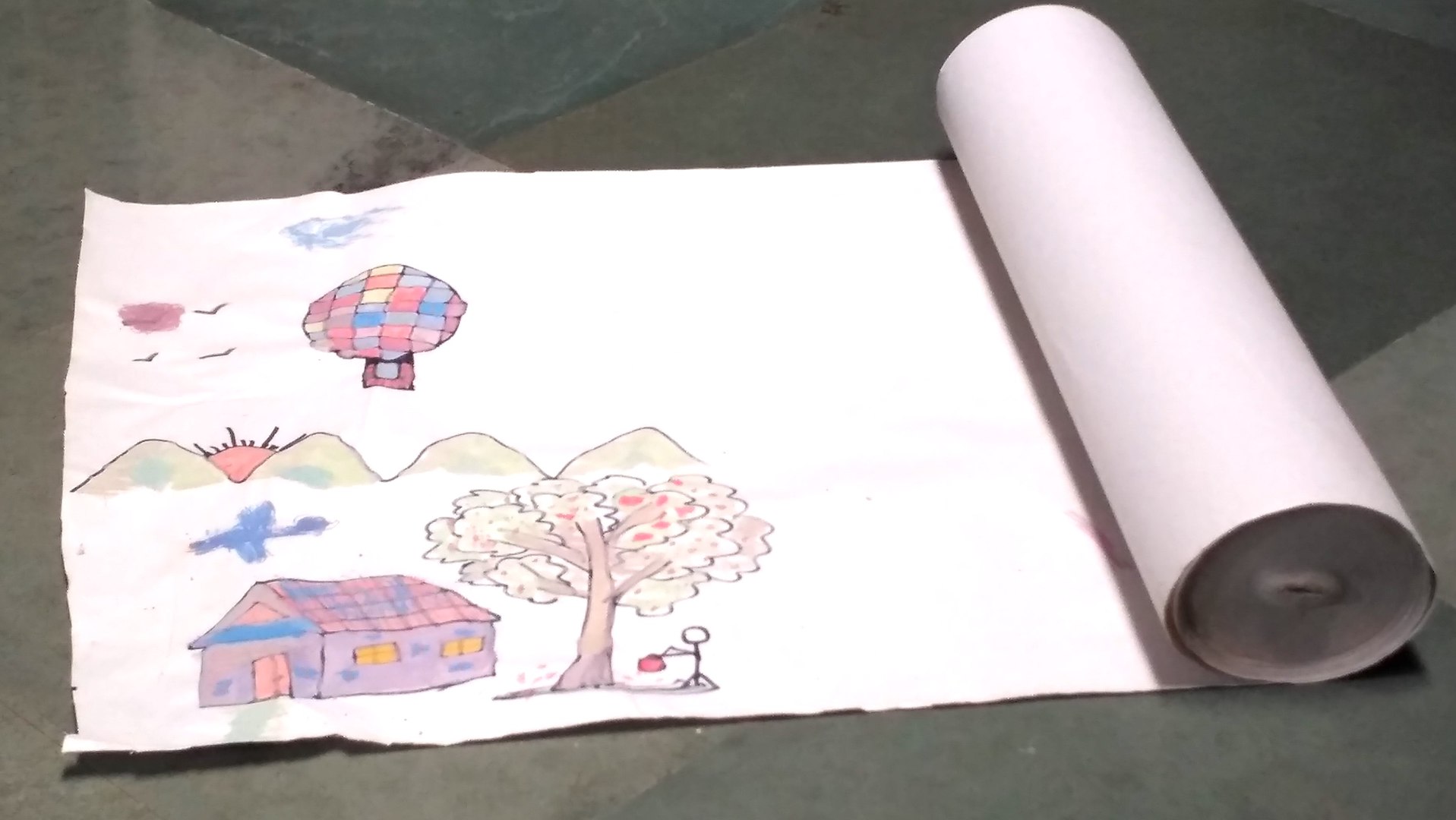 In the past few months though, he has developed a fascination for reading & writing Kannada & English. For the moment he is able to read & write in English better than he does Kannada, but he is exploring both at his own pace. 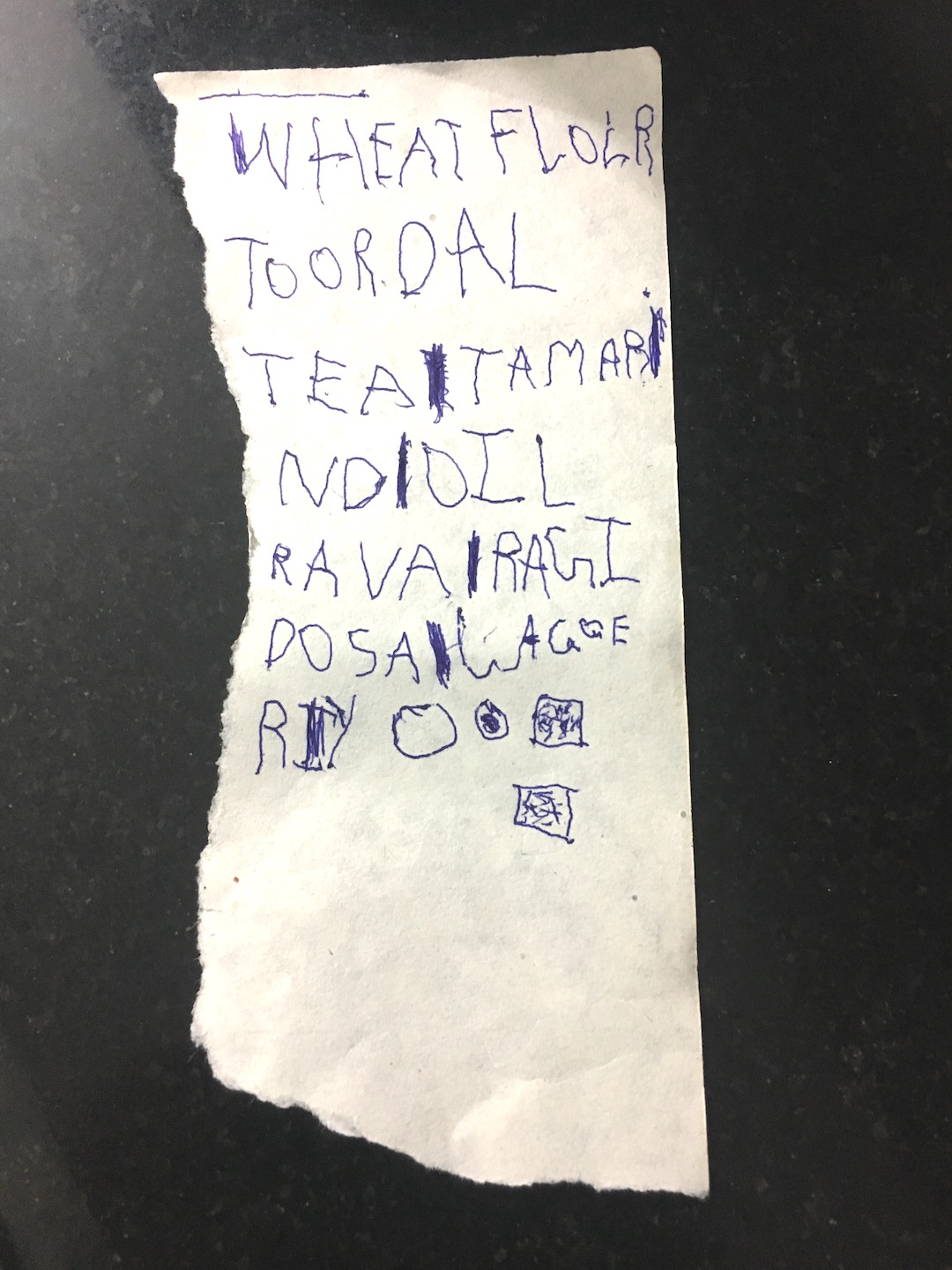 He now knows that written words help recreate their vocal sounds in the mind of the reader. So he tries to capture the vocal sound in letters as closely as possible. Below are his spellings for numbers 1 – 10. 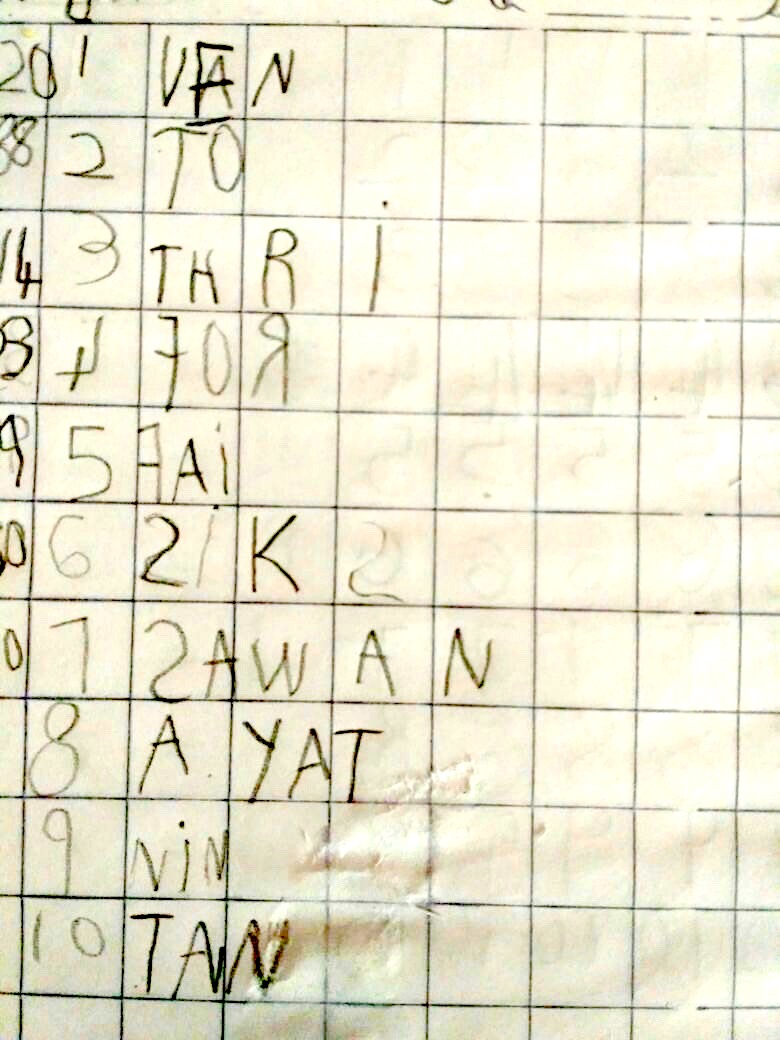 At the moment the letters F, S & R are all mirror images. After writing this, he contrasted his spellings with those on the number chart we had prepared for him a while ago. 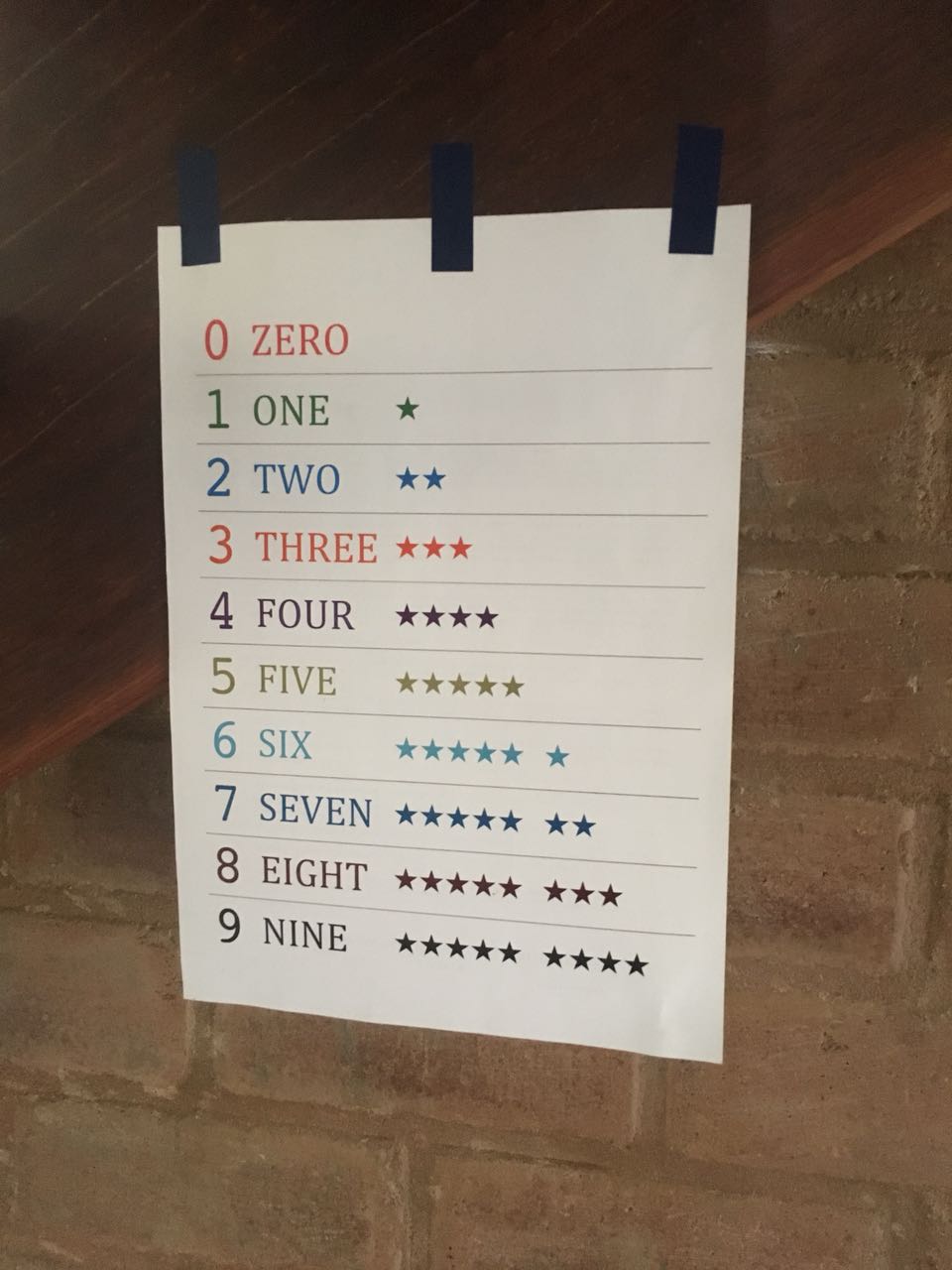 He laughed his heart out at his own spellings after comparing his spellings with the “correct” ones. After a while though, he concluded exactly what Shri Amitabh Bachchan had concluded years ago that “English is a funny language.”

Over time as he shows his writing to more people, he will discover that he needs to get his spellings right so that his written form is accurately communicating to others. He will need to discover that spellings are agreed upon sequences of letters for words so that communication from one person to another person via the written form is accurate. Right now, we are in no hurry to have him spell correctly.

Last week, there was an activity in his school. One by one, kids were asked to sit on a chair with eyes closed. The other kids would come from behind and whisper one thing positive about the kid who is sitting. Once all the kids have heard positive words about themselves from others, they would then sit and capture all that they heard on a piece of paper. Advay decided to capture it in a bookmark. This is what he wrote. 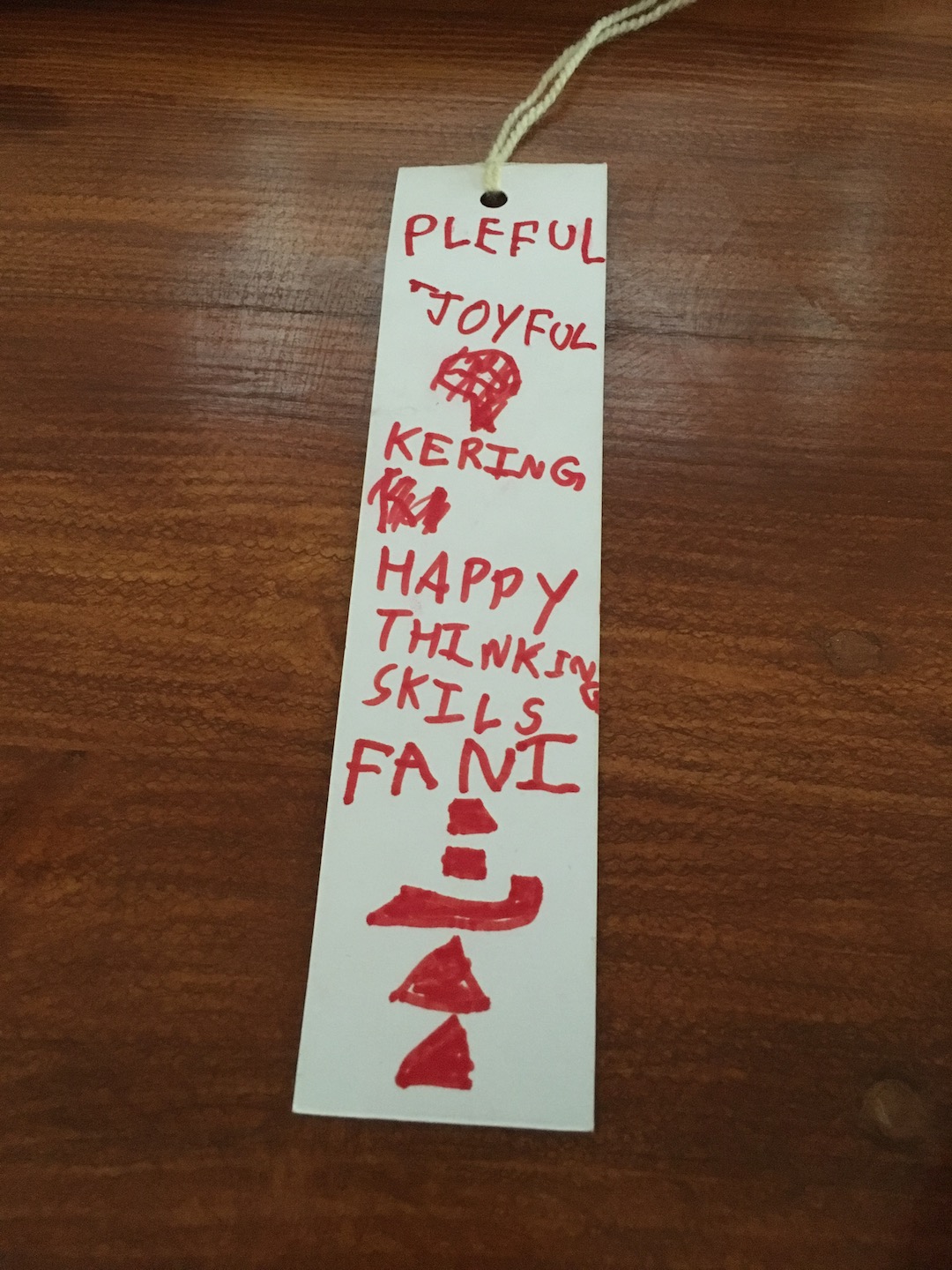 Again spellings are all wrong. But he enjoyed writing good descriptive words about himself on paper. He also loves the logo of my new startup, so he tends to insert it everywhere these days.

It’s wonderful to notice his “tryst with the written form.” As with any love affair, this one will take time too. In the meantime, Nandini & I are in no hurry to have him “get it right ™”