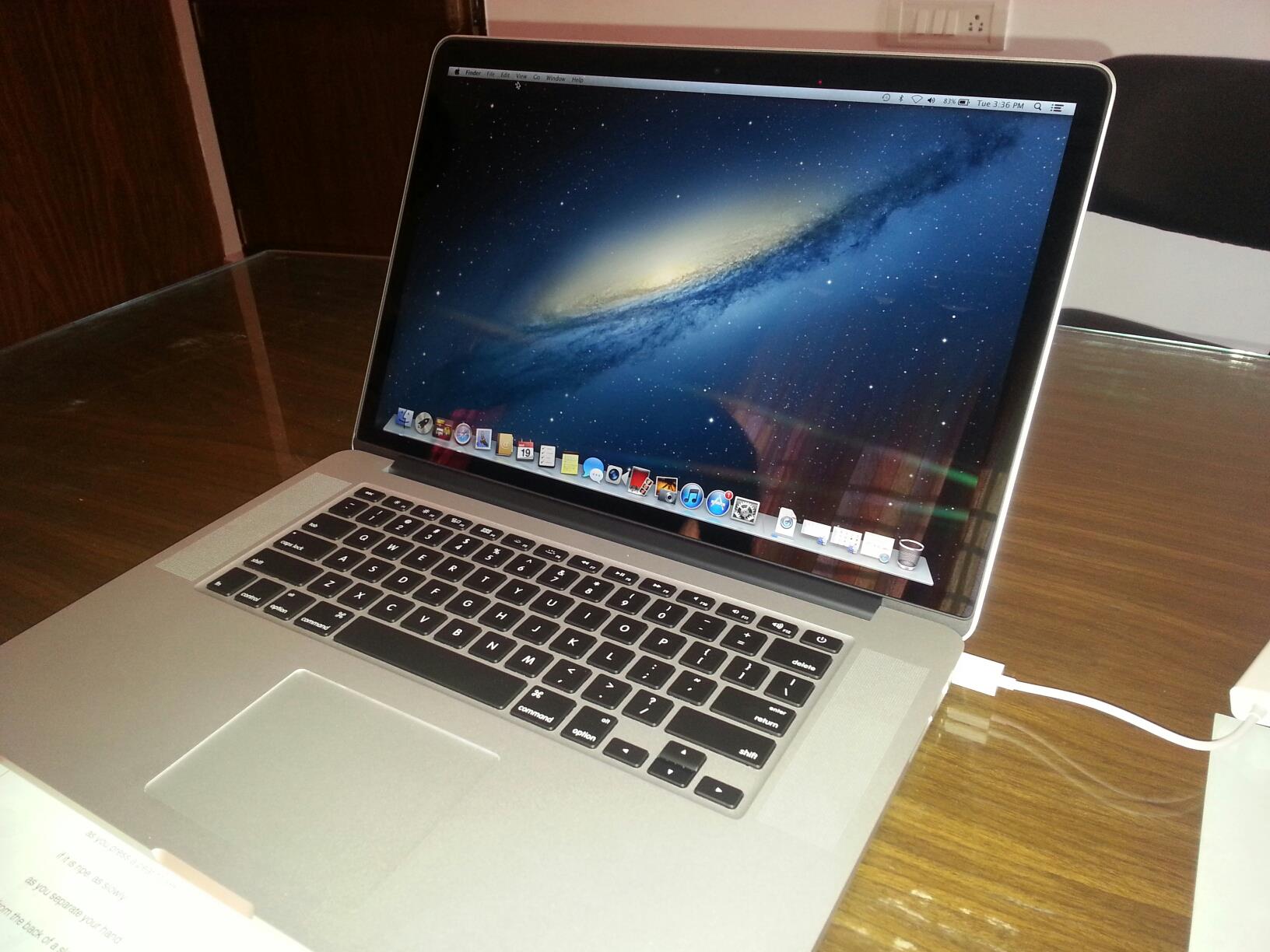 Over the years I have upgraded the OS to Mavericks and now Yosemite. It will be 2 years since I bought the laptop in 4 months. And it still feels new!

I am not a newbie to notebooks. My father had bought his first IBM Thinkpad notebook in 2000. My brother bought his first HP notebook in 2006, then upgraded to a new one in 2010. My wife bought a Sony notebook in 2009. A good friend of mine had bought a high end Sony notebook around the same time. I have friends who own Acer, Samsung, Lenovo notebooks as well. My first notebook was a Dell Inspiron Notebook in 2005, then I bought a Dell XPS in 2008 and then another one in 2011. Each time I went for top-end specs available in their lineup of notebooks. So they obviously cost a lot of money. But then, I was always very happy when I got to use the notebook because I would get the money’s worth.

But a constant feeling associated with all of those notebooks (both mine and the ones that my friends and folks owned) was that they would feel old, clunky, slow and generally uninspiring after about a year’s usage. I could never point my finger on what exactly was it that made the notebook “feel” old.

Within a year of using those notebooks, I would begin counting my days for the completion of the 3 year timeline (I had set for myself) before I could go shopping for a new one.

I was always a Apple hater (although I had never used their products) because of the steep cost of their products. I would always reason “I can get two laptops, each having far better hardware for the price of a single MacBook Pro; so why should I spend so much money on it?” My cousin brother, Aadithya Udupa, started using MacBook Pro at his work (Akamai). Within a couple of weeks he started speaking highly of the notebook. He was encouraging me to go for one. Finally, I relented and decided to give it a try.

The joy of owning this notebook started with the unboxing itself. The simplicity of packaging coupled with the sheer beauty of the package itself made me realise that Apple is a whole league apart. Even the power-cable was beautifully crafted. The connector would attach to the notebook with a magnetic lock. The power-cable was all white and “thin”. The notebook’s body was all aluminium. It did not weigh like a “dumbbell”. Fewer connector ports. Retina Display. And most important of all OSX!

Over the past ~2 years of usage, I have found using the MacBook Pro an absolute pleasure. They say that small things make a big difference. That is absolutely true of the MacBook Pro. Some of the things I relish in the notebook are

When I bought my notebook, Apple was still not giving away Pages, Numbers and Keynote for free along with the purchase. So, I bought Microsoft Office 2011 along with the notebook. I used VirtualBox for a while and found it frustrating to use. So I bought Parallels.

The whole package cost me a lot, I mean a real lot. In India we pay a lot more for Apple products than the folks at US. So I did end up paying a lot more for my notebook + Microsoft Office 2011 + Parallels than most folks at US would have. But I would still say that it is worth every penny.

I still enjoy owning a MacBook Pro. I know that I would use it for another 3 years atleast (making it 5 in all).

I have been suggesting to everybody at home, office and friends group(s) to go for an Apple product. One of my colleagues at work has recently bought a MacBook Pro 13″ and he is loving it! I might go for an iPhone next year purely because my experience on one Apple product has been extraordinary. They cost a lot, but I believe they are worth it.