With Qt 4.4, it is now possible to show widgets in QGraphicsView. Since the network editor of VTK Designer 2
is written using QGraphicsView, I thought we could provide an option to users where by they can load
forms designed in QtDesigner on to the network itself. This way users can create visualization networks and also
keep related network controls near it. The following screenshots paint the complete story.

First we design the form in Qt Designer 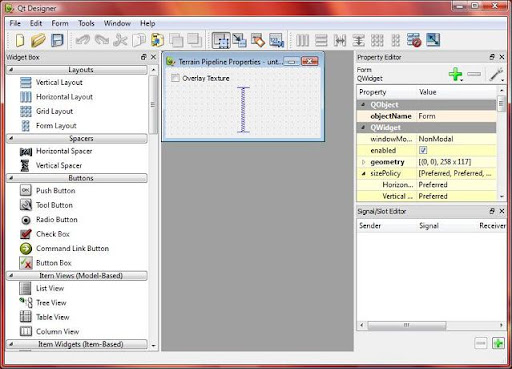 Then we load the form in VTK Designer. Notice that the ‘Load Form Dialog’ from script editor component of
GCF looks much better now. Panel names are more friendly. 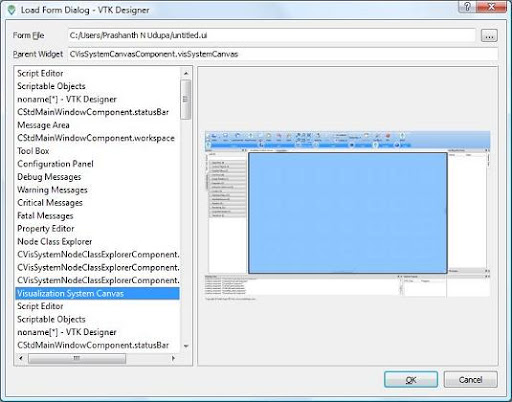 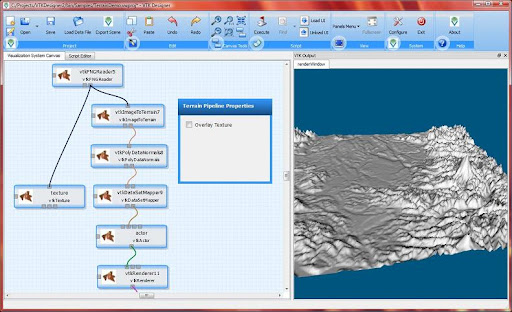 Then we script the toggled event of the check box

After executing the script and toggling on the checkbox, here is what we get 🙂 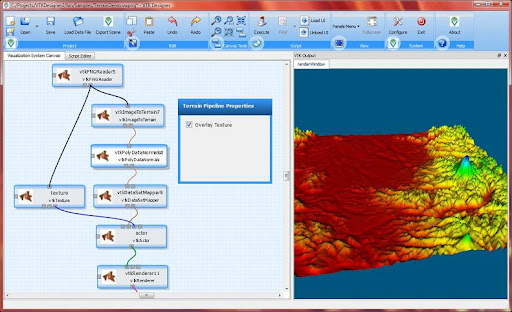 To get all of this working, I had to commit some minor hacks to GCF. But all is well now.

Phew!.. A lot of updates this week. ActiveX/GCF support, KParts/GCF support, Loading forms in VTK Designer 2.
Being around geeks has its advantages 🙂